COURT AREA AND EQUIPMENT:
Situation: The referee and visiting coed doubles teams arrive at the match site and discover a sagging net that is less than eight (8) feet above the floor.
Ruling: The match shall be conducted.
Comment: Every effort should be made by the host team or Tournament Director to make the sagging net legal, but neither the visiting team nor the referee may cancel the match.
Situation: Team A, on their second play, hits the ball between the side wall and the edge of the net.
Ruling: Replay is called.
Comment: On the first or second hit, a replay is called bythe referee, on the third hit a sideout or point is awarded to Team B

GAME POINT:
Situation: Team A has just served their fifteenth (15) point with the score resulting in Team A fifteen (15), Team B fourteen (14).
Ruling: Team A must score one more point to be declared winner of the game..
Comment: Play shall continue until one team has a two (2) point advantage and a minimum of fifteen (15) points.

TIME-OUTS:
Situation: During a volley a player from Team A:
a.     Loses a contact lens.
b.     Breaks a knee brace.
c.     Hits a ball that shatters a light fixture over either Teams side.
Ruling: In (a), (b) and (c) the referee will call for time-out to make repairs.  This would not be charged to either team.  After repairs and corrections are made the referee shall declare a replay.
Comment: At all times the player's safety is the primary importance.

CONSECUTIVE TIME-OUTS:
Situation: Team A requires a two (2) minute time-out to go over a defensive move..
Ruling: Legal.  Team A is then charged with two (2) time-out periods.
Comment: If Team A was already charged with a time-out during that game, then point or side-out is awarded Team B for delay of game by Team A.

RULES OF PLAY:
Situation: Team A discovers an error in their service order after the line-ups have been verified by the referee but before the start of the games.
Ruling: Illegal.  No changes can be made once the line-ups are officially verified.

CHOICE OF COURT SIDE OR SERVICE IN A DECIDING GAME:

Situation: Team A and Team B split, and each has one win, the referee calls the captains for the coin toss to decide choice.  Team A wins the toss and takes the choice of side, giving Team B the first service.
Ruling: Legal.  All deciding games in a match, must be have a coin toss to decide which team will choose side or service.
Comment: In the case a coin is unavailable any fair deciding method acceptable by the Tournament/League Director or the two play team captains may be substituted.

INTERRUPTIONS IN PLAY :
Situation: A substitute player from Team A accidentally drops a knee pad down onto the playing court from the viewing area above, during a very important play.
Ruling: Replay.
Comment: Play shall stop immediately, object removed from the court, therefore, no apparent danger to players.TIME BETWEEN GAMES AND DELAYING THE GAME:
Situation: Following the first game, Team A returns to the floor and is ready to play after 30 seconds has elapsed.  Team B is not in position to play until:
a)  One (1) minute has expired.
b)  Two (2) minutes have expired.
c)  Two (2) minutes and five seconds have expired.
Ruling: Both (a) and (b) are legal, but (c) is unnecessary and a delay of game by Team B.
Comment: If both teams are ready, the referee may begin play before two (2) minutes have elapsed between games.  In situation 3, a time-out is assessed Team B with only one time-out remaining during that game.

IN FOUR PERSON PLAY :
Situation: Team A is serving.  The player on Team A makes the first play, a teammate sets the ball and the server spikes the ball over the net to the floor.
Ruling: Illegal.  The server cannot block or spike the ball.

REFEREE AND HIS DUTIES:
Situation: After Team A scores a point, it is brought to the attention of the referee, by the captain of Team B, that during a rally a player from Team A touched the net during an attempted block.
Ruling: Even though it is illegal the foul was not seen by the referee, so no penalty shall be assessed.  The point stands.
Situation: The referee notices the captain of Team B requests to have the serving order checked several times during the game.
Ruling: Legal.  It is the captain’s right to check serving order.
Comment: The referee may refuse on the basis he/she thinks Team B is doing this to interfere with the momentum of Team A, or Team B’s using this as an additional time-out to plan game strategy.

PLAYER CONTACT WITH THE NET:
Situation: In an attempt to block the ball, a player's shoulder on Team B hits the net.  The net was pushed into the player from Team B by a shot from Team A.
Ruling: Legal.  The net contact with the player’s body was due to the ball driven with such force that it caused the net to touch the player.

REACHING OVER THE NET:
Situation: A player on Team A reaches over the net to execute a block.
Ruling: Legal.
Comment: Players attempting a block may reach across the net but shall not contact the ball until an opponent strikes the ball in an attempt to send it back into the opponent's court.

BALL CROSSING THE VERTICAL PLANE OF THE NET:
Situation: Team A’s second play has caused the ball to have passed partially under the net, when it is interfered with unintentionally by Team B.  Team A is attempting to play the ball a third time.
Ruling: Illegal, net foul if  is called, interference on Team B.

SUCCESSIVE CONTACT WITH THE BALL BY A PLAYER:
Situation: A player on Team A saves a spiked ball so it deflects off her hand to her biceps and shoulder..
Ruling: Legal.  Successive contact is permitted when recovering a hard driven spike..
Situation: A player on Team A spikes the ball.  it is deflected by a player on Team B and saved by another player on Team B who allows the ball to deflect from hand to shoulder..
Ruling: Illegal, double hit is called.
Comment: Multiple contacts by the player in an attempt to save the spike is permitted only if it is the first play for the player’s team.

SIMULTANEOUS CONTACT WITH THE BALL BY BLOCKER:
Situation: A player blocks a ball, then hits it again to their teammate, who sets it back to another teammate, who then spikes the ball.
Ruling: Legal.  The play was executed with three (3) hits.

DOUBLE FAULT:
Situation: A player on Team A spikes the ball, but at the instant the ball hits the floor on Team B’s side of the court, the spiker contacts the net.
Ruling: Double fault.  The referee shall call a replay.
Comment: Team B’s failure to return the ball is a foul, as is the net foul by the player,  Because they occur at the same instant, the proper call is double fault.

DURING PLAY FAULTS:
Situation: A player on Team B sets the serve with an open hand finger set to a teammate who then spikes the ball across the net.
Ruling: Illegal. A player cannot receive the serve with an open hand finger set to set the serve.
SCORE: Situation: Team A has just received point ( 13 ) with an ace on Team B.  Team A calls out the score, "13 to 7.  Team B sides out and calls out the score incorrectly, "12 to 8".  It should have been called out, "13 to 8" but nobody caught the call.  Team A sides out and calls the score, "12 to 8".  Another player corrects him and reminds the players about the ace. Ruling: The score is corrected to the correct score. Comments: You can not change the score by calling it out incorrectly even though play has continued.
INTERFERENCE:
Situation: Team A is getting ready to serve to Team B.  There are 3 players on each team.  A player on Team B stands on the center line under the net with part of his body in Team A's court making it so Team A can not stand at the net. Ruling: Interference. Comments: Both teams have the right to stand at the net as long as they don't block the view of the serve receiver and you can not place any body part in the other teams court to move the opposing players.

COED PLAY:
Situation: In the first game of a coed match, Team A loses a female player due to an injury.  There is no substitution..
Ruling: Team A is permitted to finish the match, but must still abide by the rules governing coed play. 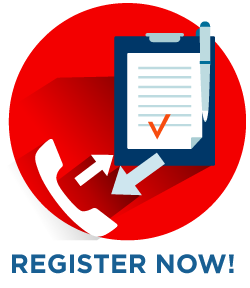